UPDATE: Georgia Southern moves to online instruction for all courses for the remainder of the semester effective March 30.
Visit our COVID-19 response page for full information. 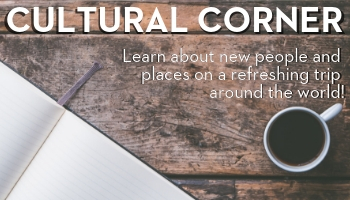 Lebanon- The Land of the Phoenicians

Lebanon, a small nation of 6 million in the Levant, Middle East, is the oldest named country in the world and has a unique footprint in the history of civilization.

The Phoenicians were a maritime civilization and the original people of Lebanon.  They built the first boat there ever was, were the first people to sail and they created the world’s first alphabet.

The cedar tree, Lebanon’s national emblem, is referred to as the ‘cedars of God’ and appears 75 times in the Old Testament.

Lebanon is home to the ancient city Baalbek, the country’s greatest Roman treasure, and to Byblos, the oldest continuously inhabited city in the world.A former French colony, Lebanon has two national languages- Arabic and French. It is the only Christian nation in the Middle East and the only Middle Eastern country that does not have a desert nor indigenous camels. The country’s original name ‘Mount Lebanon’ comes from the Phoenician term “white,” due to the country’s snow-capped mountain peaks.

Its capital Beirut is a bustling, cosmopolitan city of more than 2 million, and is acclaimed as being the “Paris of the Middle East.”  A popular tourist destination thriving with French influences, Beirut is a hub for commerce, cinema, the arts and nightlife.

Lebanon is ranked as one of the best countries for math, science and education, and had the first law school in the world.

Home to illustrious Lebanese cuisine such as kibbe and tabbouleh and to five UNESCO world heritage sites, this land of the Phoenicians is definitely worth your visit.

Hope you have enjoyed your journey.

Kyrgyzstan (Kyrgyz Republic) is a landlocked, mountainous country in Central Asia bordered by China, Tajikistan, Uzbekistan and Kazakhstan.  Long inhabited by tribes and clans, this country situated at the crossroads of various great civilizations obtained sovereignty as a nation-state from Russia in 1991.

A nation defined by natural beauty, unspoiled mountainscapes and rolling pastures, Kyrgyzstan is a nation rich in heritage and nomadic traditions.

The country consists of a majority nomadic ethnic Kyrgyz population, and also has prominent Russian, Uzbek, Mongolian and Turkic influences. Kyrgyzstan served as the main bridge on the giant trade route the Great Silk Road connecting the East and West. Until this day, these roads are still used in the country as highways.

Often described as the “Switzerland of Central Asia,” the country is covered almost completely  with mountains and is one of the least crowded countries in the world. Its capital Bishkek, a population of 1 million, is a cultural hub full of vast plazas, historical monuments and post-Soviet anachronisms.

The word Kyrgyz is derived from the Turkic word “forty,” and the Kyrgyz flag features a 40-ray sun. Home to the infamous Burana tower, kumyz horse milk and to over 88 mountain ranges, Kyrgyzstan produced the longest poem ever made in history- the Epic of Mana.

Indulge in an unforgettable journey down the Silk Road.

A unique melting pot of Greek, Roman, Slavic, Ottoman and Persian influence, Bulgaria is a Balkan country the size of Tennessee situated on the Black Sea. A nation of 7 million, the name Bulgaria is derived from the Bulgars tribe, an ancient Turkic people who are said to have founded the country.

Bulgaria has a deep historic footprint in the ancient world, with Neanderthal remains dating to 150,000 years ago. For centuries, Bulgarian and Byzantine Empires dominated the country. After enduring Ottoman Rule, a third

Bulgarian state was formed into what is now modern day Bulgaria.

Its capital Sofia, the 2nd oldest city in Europe, was founded 7000 years ago. Located at the foothills of Vitosha Mountain, Sofia concentrates the country’s leading performing arts, sports and education.

A vibrant and impulsive nation famed for its yogurts, perfumed rose oil and bag pipes, Bulgaria is the oldest nation-state in Europe. The first digital wristwatch, first computer and the Cyrullic alphabet all came from Bulgaria. And next to Greece, Bulgaria was named the most popular summer holiday destination in Europe.

A mystical and ancient nation of nearly 10 million people, this former Soviet republic has antiquity dated back to the Stone Age.  Bordered by the Caspian Sea and luscious Caucasus Mountains, Azerbaijan is acclaimed for having the first ever known fire and construction known in human history.  Home to the infamous Burning Mountain and a nation incredibly rich in oil, tradition and folklore, Azerbaijan has a growing space industry and has a prominent footprint in geoscience technology.

Often referred to as the ‘Land of Fire,’ Azerbaijan is also the land where carpet weaving began, and since ancient times the Azerbaijani carpet has occupied a special place in the history of the national culture.

Azerbaijan is truly a special jewel in the Caspian Sea.

Salua M. Brannen graduated from Georgia Southern University in 1998 with a B.A. in International Studies. She was a member of the 40 under 40 Class of 2014 and currently holds the title of Sales Support at Wallenius Wilhelmsen Ocean. She loves anything international and enjoys writing in her spare time. She especially enjoys writing about places around the world that aren’t so famous, which sparked the inspiration for this webpage.

Upcoming Events
Looking for a Form?